Following on from our two shortest blocks (Microshorts and Children’s Films), we now and go the other way and return with the longest block of the festival. We hope you don’t mind reading subtitles, we wouldn’t want you to miss out on any of these amazing entries! You’ll find many of these sneaking in to our main festival trailer below!

(France, subtitles, dir. Joan Bentosela)
A bickering family on a road trip stops at a gas station. Murielle, the mother, insists on having the car washed. Our judges felt that the car wash scene in this film is a masterclass in building tension and drama. The film has been nominated for awards in the Best actress and Best editing. Find out more on the Disparue facebook page here.

King Of The Wind Demons

(France, subtitles, Dir. Clemence Posey)
It’s New Year’s Eve. Sophie, a quasi-burnt-out intern at the psych emergency room, is in charge of admitting Marie, a troubled patient brought by the police following a crisis. Despite her ramblings and her obvious distress, Marie has something special that confuses Sophie. During their conversation, Marie sees right through Sophie and makes remarks that lead Sophie to question deeply her relationship with her boyfriend Vincent. After tonight, nothing will ever be the same. Visit the IMDB page for King Of The Wind Demons. 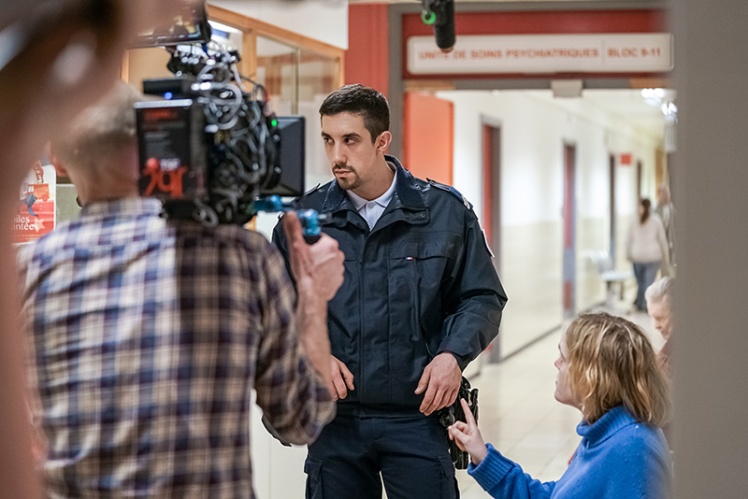 (Switzerland, subtitles, dir. Rzn Torbey)
Geneva 2019, EMMA (42), married to MARC (35). After 15 years of childless marriage, Emma becomes pregnant. Following the exams, it has been confirmed that the child will be born with Down’s syndrome. Events accelerate with this result, different people intervene to help Emma make a decision to abort or keep the baby. Her husband, Marc, does not want to have a disabled baby. Emma suffers from a psychological crisis to the point of contemplating suicide. What will be the final decision? Abort or keep the baby? Nominated for best debut for director Rzn Torbey, this features a particularly wonderfully performance from actress Eva Cazan who conveys so much without saying a word. Find out more about Down here.

(Iraq, subtitles, Dir. Shirin Jahani)
Yade (English: Mother) is a short movie that delivers Anit-war messages. It is about a 5-year old Kurdish-Syrian girl who missed their parents. She was fled to Iraqi Kurdistan with her grandparents and they are currently living in a Refugee-camp.

(Netherlands, Dir. Leon de Levita)
Once a daughter of a commune member feels neglected, she decides to take surprising actions to obtain more love and attention.

(Turkey, subtitles, Dir. Deniz Uymaz)
Meryem, is a religious muslim woman who stuck between faith, motherhood and conscience. What would she do if she finds out that her son is a monster in the name of God? A nicely performed character study with a slowly building intensity about it.

(China, USA, Dir. Jesse Stewart)
A vagrant prostitute struggles to care for an abandoned baby through a night in Beijing. Stars Summer Wei and, Ziqing Zhang. This colourful and cinematic film boasts a fantastic jazz track from Miles Davis and tells its story without the need for dialogue.

I’m Not An Actress

(Iran, subtitles, dir. Ali Jalali)
The story of an Iranian actress who seeks to research drugs and addiction for a role she is playing. In the process, she herself, falls into a drug addiction. Nominated for Best International Film and Best Actress (Yasaman Moavi).

How Do You Type A Broken Heart

(USA, dir. Susannah Nolan)
New mother Becky is awakened at close to midnight by Justine, an alcoholic bent on self-destruction. To reach Justine, Becky, must open her own padlocked past and finds herself drawn closer to the abyss than she ever expected. Features two fantastic performances from both Holly Curran (The Marvelous Mrs Maisel) and Emily Donohoe (Homeland) who is nominated in the Best Actress category. Visit the How Do You Type A Broken Heart Facebook page here.

(Turkey, subtitles, Dir. Yilmaz Özdil)
Taking refuge with his uncle in Turkey after the war, a young Kurd from Syria returns to his country to bring back his young donkey to replace his uncle’s old donkey recently “retired” by the municipality.

(Finland, subtitles, Dir. Katja Korhonen)
In the last hours of the night, Mirja, a Night Radio host, gets a call on the air of a possible end of the world. Soon this unexpected call starts bursting Mirja’s bubble in a way she never would have expected. I’m Listening has been nominated for five times for Best Lead Actress, Best Screenplay, Best Cinematography, Best Production Design and Best International Drama). Visit the I’m Listening (Kuuntelen) Facebook page here.

(Iran, subtitles, Dir. Farhad Delaram)
The young Iranian woman had not been expecting this kind of examination. She only wanted to renew her driver’s license, but when the officials noticed a scar on her wrist and her tattoo, they began looking at her with suspicion. Suddenly she is trapped, forced to answer personal questions and exposed to insinuations. The camera captures the growing uneasiness with clinical precision. This powerful film features a fantastic performance from actress Behdokht Vallian (nominated in the Best Actress category) and is also nominated in the Best Film category. Visit the Tattoo IMDB page here.

(Canada, dir. Michelle D’Alessandro Hatt)
The bold new girl at school inspires three classmates to follow her down a blissful path of self-realization, where they stumble upon a dark truth that forever galvanizes their friendship. Nominated for four awards: Best Director, Best Editing, Best Music and Best Young Performer.